Solitude is not a choice. It is a place to hide from those who cannot hear your words or understand your eyes. Additionally, they will grief you enough to force you to let go of them. It is not the same as active escapism. It is like standing still and feeling the shoulders sinking to the ground and having no words to utter for nothing can cover the feeling of extreme disappointment. That is why many say that they have lost faith in humanity, and as French philosopher, Jean-Paul Sartre stated:

“Hell is other people”. 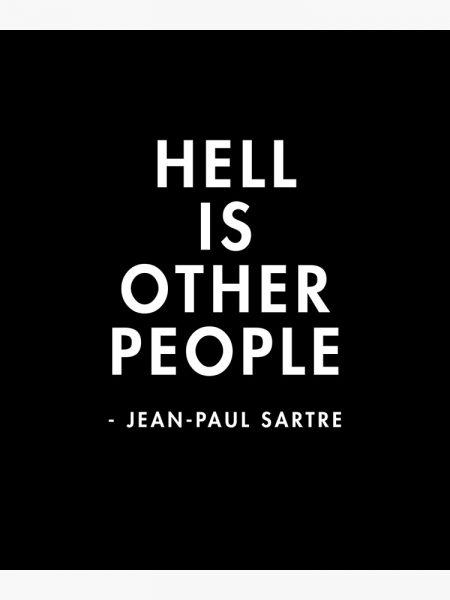 Some leave with a loud door slam while some quietly tiptoe away from what he or she loves or hates, hoping their beloved ones will long for their absence, yet the departure may seem like a relief to them. Moving away can also be an eternal escape from the past and not wanting to be reachable. The French poet Charles Baudelaire wrote in his poem Meditations.

“Calm down, my Sorrow, we must move with care.
You called for evening; it descends; it’s here.
The town is coffined in its atmosphere,
bringing relief to some, to others care.“

It is heartbreaking, perhaps even a humbling experience for one’s spirit to realize that not all are meant to give, be respectful and generous but there to help you define your character and boundaries.  A thoughtful person may doubt if he or she is in the wrong. Personal accountability will naturally make someone attempt to fix and communicate conflicts to the other part. Unfortunately, unequal self-awareness will always result in irrational and uninhabited results with blame, guilt and shame. This situation will lead to the question of one is better without someone or something and why to bother to make an effort.

A quick scroll down some psychology pages on Instagram and Facebook will tell you all about the personality traits of who is healthy, toxic and a red flag. It can be a great introduction to social psychology and better self-awareness, but some of it is ego and fear-driven under the banner of mental health. And many have not learned to think critically to recognize what is reasonable and what is not. Scepticism has many shapes and not just rebelling over something and accepting something else. It is a constant state of questioning any information regardless of its proclaimed authority.

A meme from an accessible psychology page on Facebook  says  ‘Don’t be hard on yourself. Research suggests you’re probably more likeable than you think you are’. This message can be pleasing for anyone who needs a confidence boost, but it also opens the door for a darker side of the psyche. What if a person is disliked because of terrible behaviour? Should this person be allowed to think that underneath the dislike is a liking and perhaps begin sharing these memes in self-aggrandizing behaviour?

Clinically antagonistic content and rhetoric grow increasingly popular. It makes people adopt hostile behaviour as a norm and a form of self-protection instead of empowering themselves through vulnerability and openness to learning. A lot of motivational and inspirational content does not discuss the actual journey of healing but others. ‘Stand up for yourself! Fight and resist the wrongdoers! The abusers!’ and so on. The paradox of existence is the inability to contain oneself, but thinking it is possible to carry or help others.

As mentioned, the worst part is when violators begin to justify the pain they inflict on you. Some are so skilled with selfish emotional manipulation like family members demanding the child’s obedience after physically assaulting him or her. To them, their ego is more important than breaking the cognition and heart of a little child. Or perhaps partners who romantically court to abuse one later. It can also be rational manipulation that objectifies the human. Have you ever heard of psychopathic scientists testing their discoveries on humans? In the Second World War, Nazis could do that. The question is, how was this ever allowed. How is it ever allowed to violate another human?

There are endless reasons for that, and it makes a withdrawal from everything reasonable. Solitude is a secret room created by broken humans to forgive and release those who were not meant to give but take. A frenemy of Jean-Paul Sartre who also was a philosopher, Albert Camus, wrote in his existentialist novel The Stranger,

“I opened myself to the gentle indifference of the world.” 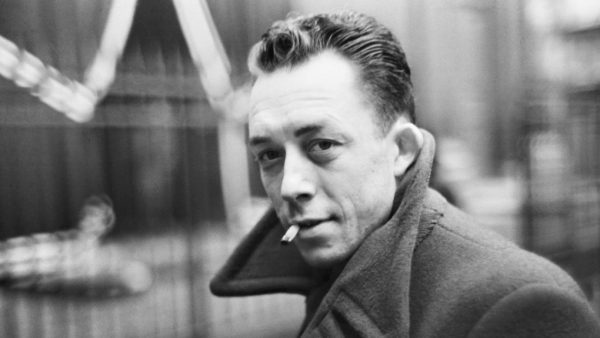 It is a story of a man named Meursault and his great indifference to everything, even his death. Effortlessly, he sways through life by realizing the absurdity of it all. There must be something about the French who can make extreme ideas ever so elegant. Imagine making indifference beautiful. Not that one does not care at all, but in the massive scheme of life, caring about what does not function is pointless.

A person can say,

This form of reasoning does jeopardize the notion of autonomy. For if a person does not have ownership of oneself, then who does? Somehow political ideologies are good at using this state of mind, but with a dose of skepticism most can slip away.

Realizing the hopelessness that you are nothing but a function, a passing human of life can be peaceful. It is very calm and a surrendering act. A person can say and do what she or he wants and do in accordance to personal authenticity. It can be a tranquillizing experience. For suddenly, your voice can be the voice of someone else. This transformation from being a hurt human to being a hermit implies a mood without explaining it; for now, you are a simple observer. ‘I do not care’ exposes the irony of the paradox of caring and not caring. To completely surrender to whatever comes along, but having so much on the heart. A lot to tell but they are just words to whoever wants to make meaning of them.

a French proverb that means a lot but a meaning of it is that we need to move forward to not fall back.