Hello. I will get to the point of this article with no delay. Notice that whatever appears appears somewhere, in a ‘medium’. The clouds appear in the sky, the letters in a white page of a book, the waves in the sea, the furniture in the space of a room. Each and every phenomenon appears somewhere. And then, sooner or later, it disappears. The phenomenon of the body for example appears somewhere and during the deep sleep it disappears. A thought is born and dies in a moment. The same happens with a sound. All phenomena of the (so-called) material world appear somewhere and disappear.

For some reason (or for no reason at all, or for every reason) we identify the Self with a collection of such phenomena: a body, some thoughts, a few ideas and characteristics etc. And the rest of the phenomena are excluded. We say “These are outside of me”.

But what happens the very moment that a thought fades and before a new one appears? For a moment no phenomena are there. But did you also disappear along with the phenomenon that is dissolving? The answer is a sound ‘no’.

It’s even more interesting that every night you experience deep sleep with no dreams. In this state no phenomena appear and this is why memory can’t tell us anything about this period of deep sleep. But again, do you disappear during deep sleep? The answer is again ‘no’. And if the previous ‘no’ was pretty obvious and effortless, for this second ‘no’ probably you have a few objections and this is quite understandable. 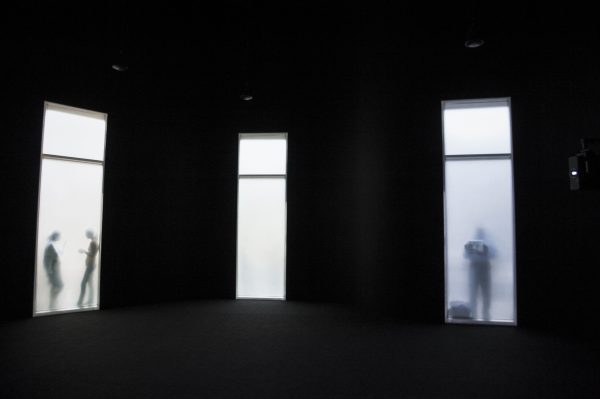 Many of us believe that in the state of sleep there is an absence of consciousness, absence of the Self. If it was so, if the Self was really absent, then there would be nobody to experience the break between two phases of awakening and what we would experience would be a continuous state of awakening. If you observe carefully you will confirm emphatically that you do experience a break between the moment you close your eyes and the moment you open them again.

The phenomena come and go but the Self is always present, every moment. So probably the essence of the Self isn’t hiding in phenomena as we insist to believe for all our life (while the Self still exists in their absence) but somewhere else..!

Βιο
Jorge Kapa (George Kakaris) was born in Chios where he lived for the first seventeen years of his life. Then he moved to Thessaloniki in order to study Biology in the department of Biology of Aristotle University of Thessaloniki. After that he had a Master in Applied Genetics. He came back to Chios and lives there for the last 9 years. He loves to observe whatever happens inside and outside of him
Share this
Tags: