Many of us are aware of the destruction of the African culture during European Imperialism and the slave-trades. A lot of African heritage is lost, but some of it survived. What has survived must be celebrated.

From the 15th century till late 19th century, the relations between Europe and the Kingdom of Benin were tainted. The Kingdom of Benin was located in today’s southern Nigeria. The contemporary context and complications of two different world views and customs ensured miscommunication. The Europeans thought Africans were primitive, and Africans did not note the greed of the Imperialistic man.

The Portuguese, in particular, had strong interests in trading brass, ivory and coral. By the River Niger, they discovered the West African Kingdom of Benin in the 15th century. In this period, until the conquest of the British imperial forces of Benin City in 1897, direct historical sources of the African society were limited. The objects that were exchanged and ordered by the Portuguese told the main story of the Kingdom of Benin

The early European explorers and merchants demanded objects, and the Kingdom of Benin supplied and adjusted to their client’s requests. They produced ivory spoons or bronze masks, among other things. The cultural exchange between the Portuguese and Benin was limited to trade. Written historical documentation of the history and life in Benin was not well-documented due to their oral tradition. The primary historical sources are by the western expeditions.

The artefacts were of excellent craftsmanship and creativity, and even the European Royalty admired and claimed them. It was until British expansion of territory throughout the 19th century and national empathizing on the idea of the white man’s superiority and the responsibility to develop lesser societies, clashes occurred. One of the advantages of western culture is the institutional management and ability to address ideas and issues from a macro perspective of society.

The Western authorities perceived Africa as regressed, but the art spoke another story. If Africans indeed were inferior to the European skills and development, then the art of Benin stood out. The elite of the European societies, museums and scholars, to this day debate the different aspects and influence of this art on Europe – for these are historical artefacts and not just art. 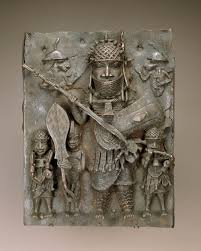 British museums and intellectuals investigated this notion and exposed that the people of Benin were not primitive, brutal and savages. This study of context helped the museums to establish the study of anthropology and ethnography. It was no longer enough to display artefacts, and a deeper questioning of the behaviour and customs of the producers were centralized. 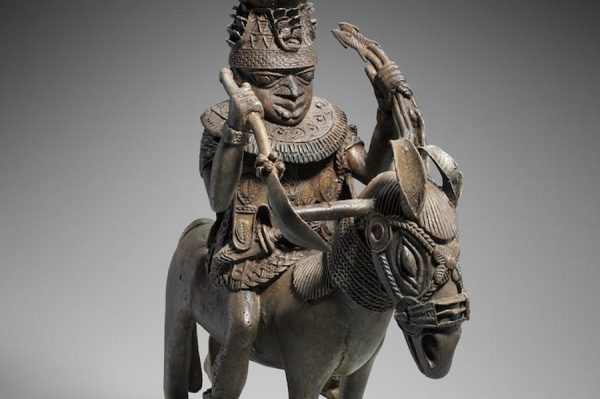 Edward Wilmot Blyden (1832 – 1912) and Mary Kingsly (1862 – 1900), both writers and thinkers, were of those who challenged the superiority of western culture and promoted West African Nationalism. The early scientific theories of evolution provoked them, the white man’s advantage and the black man’s inferiority. It gradually led to the establishment of The African Society in London in 1901, but it did not have any social or political success. It took an artistic movement before the art of Benin spoke up for itself, asking for justice and clarity. The Benin bronzes had a significant impact on solving the assumptions and disputing empirical thinking of the African culture. 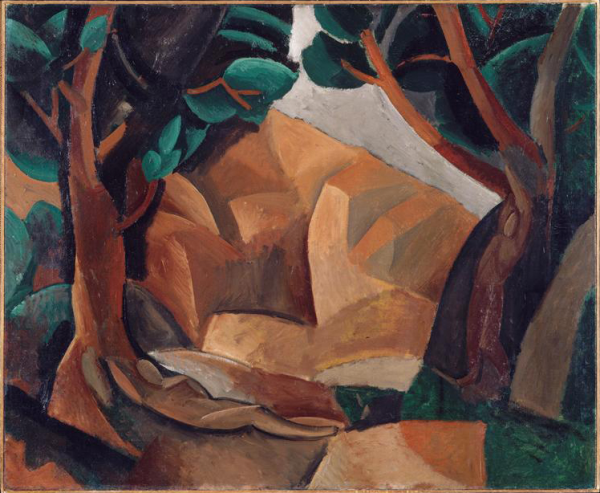 The Avant-garde movement in the early 19th century, lead by Picasso, Matisse and Brancusi, was heavily influenced by the African originals in museums. They understood that art was influential and had more in-depth and profound meaning than just displaying in galleries for immediate sensations. This modern thought challenged the bourgeois, and suddenly the context of the Benin bronzes changed into being an artistic inspiration for many great works by leading artists in Paris and Germany.

The Benin bronzes took art back to its original state. A new definition of art became a reality for the Avant-garde movement. They rejected the existing invading imperialistic ideas, the hypocrisy of the bourgeoisie and the Christian missionary tradition in art. These artists searched for artistic truth. They wanted to embody genuine and authentic values of reality instead of suppressing deeper thought. This movement was not interested in the history of the Benin bronzes, more the expression of thought behind it.

The skills, the ideas and originality of the Benin art spoke of an authentic expression of reality and not a regressed and primitive culture.

Today the context for these artefacts is a celebration of African culture and art. The art of Benin managed to create ethnographic museums, drive African voices to speak their oral tradition, inspire artistic movements and improve the investigation of historical truth.