‘WINSTON: I go now to my living death, because I honoured those things to which honour belongs.’ 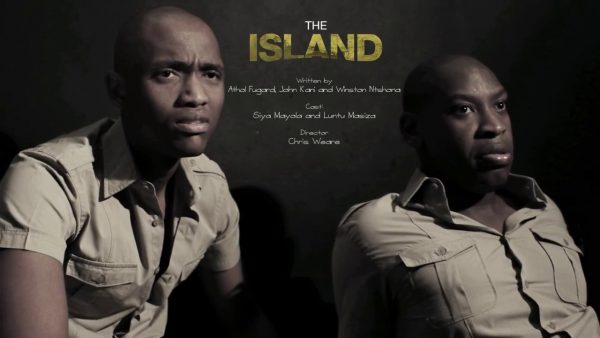 When Winston in Fugard, Ntshona and Kani’s play “The Island” states “I go now to my living death because I honoured those things to which honours belongs” (Fugard, Ntshona and Kani, The Island, Scene 4), he does more than just reciting Sophocles’ “Antigone”. He introduces a testimonial (Walder in Prescott & Richards, 2014,p.300), play-within-a play drama (Prescott &Richards, 2014, p283) based on the Classical Greek canonised literature of the western culture. However, the authority gained can be attributed to the contribution of several other factors as well, embodied in the above quote, all surrounding the questions of   what “a living death” is and what are the things “which honour belong” according to Winston who speaks these words as an individual now and not as Antigone.

Before any references to the term “authority “are made, it would be enlightening to see how it is defined. Prescott and Richards (2014) regard authority being “associated with social forces” and “linked to ideas of power, often via expert knowledge”. They also highlight that that references to the Greek-Roman ancient literature and philosophy, which has been established as Canon, can contribute to the canonization of a more modern piece of work such as in this case.

Fugard,Ntshona and Kani use “Antigone” to protest about their political circumstances during apartheid in Africa. But what did Antigone represent and what does she imply through the above quote? 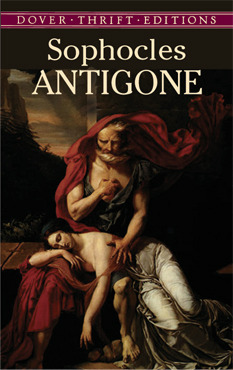 Antigone was Sophocle’s heroine who defined Creon’s orders and decided to obey the laws of the Gods and her consciousness by burying her dishonoured brother against Creon’s orders. Antigone, in this way, “honoured those things that honour belongs”. For Antigone’s heroic protest against the oppressive Creon, who represents tyranny, has become an example of resistance through the ages for western and non-western cultures.

“The Island” is also a protest against a similar oppressive regime that of the apartheid. Specifically, the creators of the play, themselves, had admitted that “The Island” serves as a local and international protest for the release of Nelson Mandela and the injustice of racial segregation in Africa (Walder 1992,p353 in Goff and Simpson, 2007,p272). The social forces that are linked to the establishment of the play as an authority are associated with the term “Apartheid”. The “apartness” in Afrikaans as stated in Prescott and Richards (p.281, 2014) was used by the Afrikaner National Party in 1940 to describe the social and racial injustice the native Africans endured by the white regime and by 1952 it was incorporated in Africa’s legal system that legalized the term. The title alludes to the Rodden Island where the fighters and protesters against the white oppressive regime were imprisoned for life. 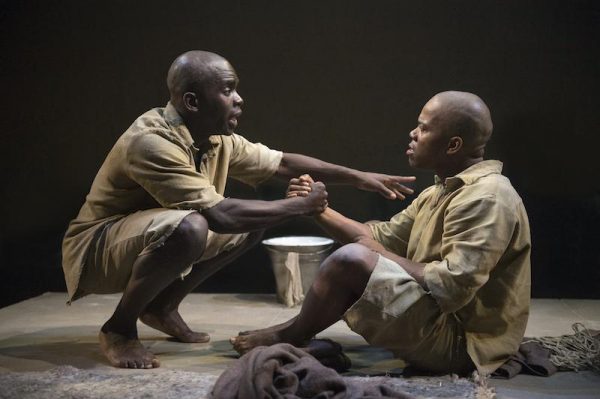 By examining the social forces embodied in Antigone’s words, which Winston adopts as an individual when he removes the heroine’s persona, the authority of the play can now be examined as well as the reasons why the play has become a Canon and the authority reflected in those words.

Firstly, the authenticity of the characters adds authority to the play. Winston and John were actually real people and the creators of the play. The name Horoche, mentioned in the play, alludes to Creon and hence the white regime of Africa and was actually the nickname of a real warden in that prison (Goff and Simpson, 2007,p272) and therefore the play becomes a testimony of the conditions prevailed in Rodden Island’s prison. Winston assimilates himself to Antigone because for him the “living death “is the Rodden island and perhaps the society he has to live in where the things that should be honoured such as freedom and justice for all people, are not.  Winston then reflects not only his individual political concerns and conditions but also the Africans’ one’s by incorporating “Antigone” in his play and making it an international protest. Fugard’s involvement as a white person that represented the western world in conjunction to the amount of performances in various cities worldwide by the creators of the play themselves and Mandela, whose authority had already been established as a historical figure connected to apartheid, also contributed to its establishment as an authority.

The “authorial knowledge” (Robson, 2014,p.256) is also an element that has added authority to the play. “Europe is brought closer to Africa by a play that simultaneously brings Africa closer to ancient Greece” (Goff and Simpson, 2007,p.298). The creators of the play were aware of the Classical western literature in order this comparison of Antigone’s condition to Winston’s to be established. The fact that Antigone’s plot and theme was narrated within the play though John’s explanation to the intentionally ignorant Winston makes this assimilation of both plays accessible to all audiences. The creator’s involvement in all the performances and the fact that the play functioned as an imitation for other versions for three decades and still is performed and adapted according to the audience as well as the social and political contexts of the place it is performed, make it a canon in its own right.

Because “honour must be given to the things honour belongs”

(Fugard, Ntshona and Kani, The Island, Scene 4).Prescott and Richards’(2014,p299)  example of how the play serves as an allusion to resistance internationally is its performance in the UK in 2002 by Kani and Ntshona themselves where the audience perceived it as an allusion to the Amnesty International rather than  the African apartheid.

The play also gains authority since it reflects universal themes such as injustice and segregation. Although apartheid as a historical fact belongs to the past, injustice, oppression and racism still exists as it did in Antigone’s world. Therefore the play follows the evolution theory. Antigone ‘s “living death” has now evolved into a prison in Rodden Island where prisoners who fought for their beliefs just like Antigone, were imprisoned because they chose to honour those beliefs. Winston reflects through these words starts to realize that the unfortunate condition he is involved in is not an individual matter any more. He is willing to sacrifice himself for his moral values that are universal and divine like Antigone believed .He has accepted his living death for he is assured he is doing the right thing.

“I go now to my living death, because I honoured those things to which honour belongs.’ (Fugard, Ntshona and Kani, The Island, Scene 4) reflects more than words. These sentences become the epitome of moral superiority against immorality, oppression of all periods and countries. “The Island” becomes a bridge between the western and the African world when this bridge was needed as an expression of a nation’s voice against injustice.

The status of the heroes in both plays has been intact because they serve a high and noble cause. The incorporation of the Greek canon in the play, the significance of the social and political contexts, the authenticity, involvement and experience of the creators all contributed to the “The Island’s” authority which has expanded beyond apartheid’s connotation and becomes an international protest.

Goff, B., & Simpson, M. (2007). Crossroads in the black aegean: Oedipus, antigone, and dramas of the African diaspora. Oxford University Press.

Robson,J. (2014) ‘Homer’s Iliad: gods,heroes and the authority of ancient Greece’