Dimitrios Antonoglou: The name didn’t ring a bell to me. He is a local political figure on the island of Chios, Greece, the center of the world due to the immigration problems it constantly faces. However, we are not going to talk about that.

Mr Antonoglou is an educator, specialized in Information Technology and special education.

He belongs to the left side politically as he stated and as a person who does not have a political label, but I am politically informed and active, I simply asked:

“So, do people have to be on the left political side to show their human side?”

I was expecting for him to fall into the loop and that’s where he really won me over.

But let’s start from the beginning. First, I stand with humanity, common sense and common good. And I believe that there are people who have the knowledge and confidence to serve society, although a minority. 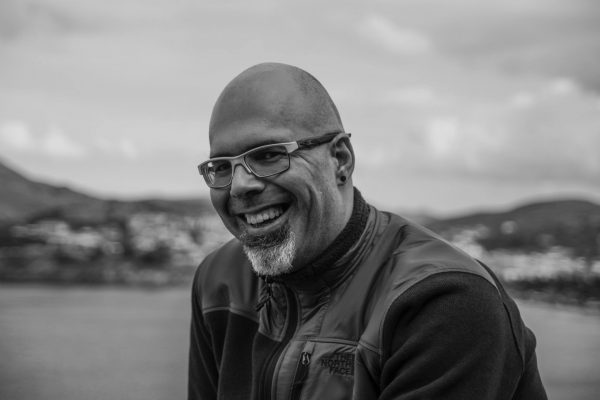 So, let’s go back on our topic. Mr Antonoglou is active on social media. I was informed on his educational studies and his career so far and I realized that he is a colleague of mine who admits he is “a forever student, full of enthusiasm and persistence.”

Our focus was on the next day after Covid-19 leaves the building. Because despite the odds we have to work, plan ahead  and make Chios the island it deserves to be. For now, it is the island that we deserve.

My first question was about distance learning.

“Distance learning is new to Greece,” he said “some people became familiar to it as college students. There is a technophobic culture in Greece ” which, as he states, makes us very wary of any new technology, even to the point of demonizing it.

However, he points out that “In order not to be misunderstood, I do not believe that distance education can replace a face to face teaching with the same people, the same conditions and material. However, as an adjunct, it can be a first-class tool for emergencies, remote areas where there might not be a teacher or subjects offered in our country. But it requires a technical infrastructure, a culture of self-monitoring by the student and organization by the state; but in general, it is neither a panacea nor a demon.” He adds as a special education teacher that distance education is more suitable for adults since children themselves and the parental intervention culture make it difficult for them to become independent and control their own progress. Besides, I completely agree with him on this too, our students are the hardest working people.

When I asked him about the negative effect of this educational change Mr.Antonoglou expressed his fears that teachers’ recruitment  could be reduced and stressed that teachers are always needed no matter how many they are, although not all of them can be absorbed into the public sector , education is the best investment for a country. Humanities are those that tame people and complete them as personalities.

He told us that he alone sought to be educated in psychology and art, and that he owed a significant part of his personality there.

Teaching people to think and evaluate the situations and information they receive is cultivated significantly through Humanities, something he agrees with but emphasizes that people who choose this subject in Greece should be aware that they may not practice it since working positions are limited. In other words, he believes that the purpose of having an academic subject may exceed the current conditions of the labor market and creates social and cultural added value regardless of one’s willingness to pay for it.

1 in 41: His position on the Chios municipal council

Mr. Antonoglou has been elected a municipal council member with the political combination “Chiaki Sympolitia.”

Although he is 1 in 41 and often expresses views and solutions from a different perspective necessary though in any collective decision even if he represents a 3% of the residents, he points out that these views are based on common sense and that is why sometimes are voted for or taken into account.

“The reasoning in some issues is common. It’s not just right, because it can be right and not common. It is both right and common… if we were absent, this point of view would not be heard. “

He does not regret his decision to participate in politics and claims that the vision of his political combination is a program that will benefit the image of the island and the island itself over a period of five years and more. 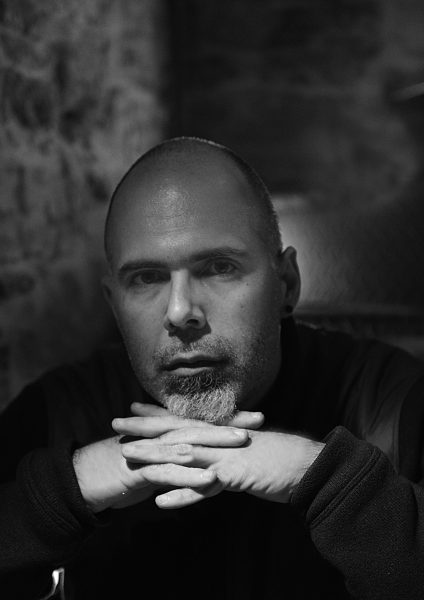 Mr. Antonoglou believes that tourism in Chios is one of the biggest investments if managed properly. In order for a group, as he states, to organise a proper plan for the  tourist development and management of the islands, Branding is important.

This is something that local authorities consider costly. He also believes that assigning a tourism development plan to the tourism department of the University of the Aegean, if he had to choose only one body, is the best solution.

He says the Covid-19 era will paralyze tourism this year, but it is a good opportunity to reflect and think better about the future of this place, building a tourism product that fits the new reality.

I asked him if he considered the expansion of the airport positive and replied that to expand an airport means that there is a large number of tourists flows that cannot be covered. On the contrary, in Chios, tourism has been declining for years. The reason for such moves, he argues, is that such constructions are immediate and perceived by voters as projects. However, the creation of organizational infrastructure and plan does not seem immediate and will bear fruits after five years, but until then the next elections will come, and the candidates will not have a tangible project to show.

Mr Antonoglou has a plan, documented. The main thing, of course, for me, is that he has passion and vision.

Well, I talked to a fascinating man. Because despite our disagreements, which always exist and must exist in a dialogue, what some of us have as a priority is humanity and not a cardinal direction or politics. Humanity, passion, vision and wisdom have no direction.