The role of decoding is essential in the reading process and comprehension is the key to that. According to Gough and Tummer(1986) and Hoover and Gough(1990, cited in Birsh,R.J., p208 ) , reading is a product of decoding  linguistic or language comprehension., therefore his comprehension skills are affected by the decoding ones. “For Consequently, a reader who lacks decoding skills will not be able to grasp the meaning of the texts he/she tries to read.

“For students to become fully literate,especially students with dyslexia, decoding, comprehension, fluency and all other elements of literacy instruction must be explicitly or taught in an informed, comprehensive approach.”(Brady& Moats,  1997 , cited in Birsh,R.J., p208).

According to a more recent research of Nicolson &Fawcett (2008), the phonological processing problems which are triggered at the stage of word recognition are the cause of the reading difficulties for a dyslexic. Nicolson& Fawcette, (2008) divide word recognition into the sub-lexical route and the lexical route.

In the sub-lexical route decoding happens letter by letter and the comprehension of the words is achieved through the conversion of these letters into sounds which, when assembled, form the phonological form of the word. On the other hand, in the lexical route, readers comprehend the worlds visually, without having to divide the word into letters. This entails a more advanced reading level.

Regarding the way children learn Frith’s theory of the three stages remains the most influential, especial in the Teaching English as a foreign language research. The first stage according to Firth (cited in Kormos&Smith,2008, p29) is the logographic one, where the alphabet is not yet taught and only simple everyday words are taught. In the second stage, the alphabetic stage, high levels of automaticity are required, making the whole process more challenging for the dyslexic students who experience problems with phonological processing. In the final stage, the orthographic one, words are analyzed into bigger units and converted into syllables.

Another stage was later added by Nicolson and Fawcette(2008), based on a solely memory based process, in which words are recognized as a unit when seen . This stage is relevant to Logan’s instance theory and can explain the difficulty dyslexics have in reading words unknown to them.

Automatic encoding of words is slowly achieved through repetition while instant recognition of unfamiliar words entails the use of the phonological encoding processes which most dyslexics lack.

Other areas where a dyslexic individual might experience problems, involve spelling, memory and organization. The degree, however, of dyslexia can differ from person to person.

Dyslexia on a cognitive and behavioural level, is manifested as a difficulty in converting letters to sounds or in word recognition as well as difficulties in the process called “phoneme-to –grapheme mapping” ( Vellutino, 2004, cited in Kormos&Smith,2008,p31).

Teaching a foreign language and specifically English can be challenging since English is not orthographically transparent, its phoneme-to-grapheme mappings are complicated and unpredictable.

Hungarian or German, on the other hand, is easier to be taught since these languages have simple sound conversion rules and predictable writing systems.

Spelling is another issue that concerns dyslexics. In fact, some cases of dyslexia involve only spelling problems. Spelling requires the segmentation of spoken words into phonemes and their conversion into letter combinations, while visual processing mechanisms can help when there is a lack of phonological awareness in reading but not in writing. In addition, phonological processing influences speech perception and speed production.

Another major issue that affects a dyslexic’s ability to retain information, numbers and therefore making learning a foreign language almost impossible, is the reduced working memory capacity which does not always coincide with literacy-related skills but with a form of attention deficit. As a result dyslexics exhibit difficulties in memorizing and acquiring skills and knowledge, sustaining attention, organizing and keeping deadlines.

According to Nicolson&Fawcett(2008,Miles (1993) and Augur(1985)) , dyslexic children and adults also suffer from motor-coordination and automatization  problems that affect important daily activities such as cycling , swimming and even their handwriting.

In conclusion, the linguistic problems, dyslexics are perceived to have are: slow reading, poor vocabulary, difficulty in speech, word-recognition, retrieval and articulation. In addition they experience difficulties in phonological awareness which involves the segmentation of words into phonological units and keeping verbal material in the phonological short-term memory. 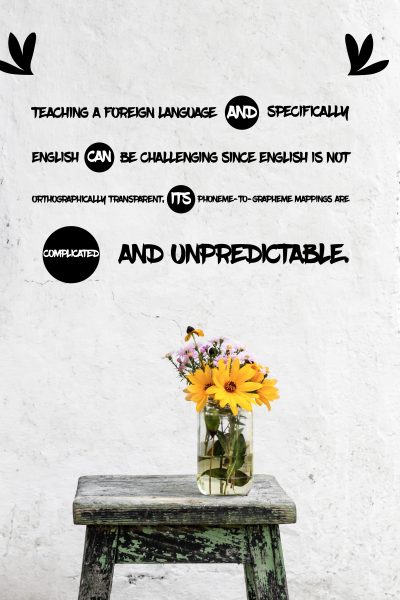 As we can conclude, dyslexia is a learning disability that involves a variety of symptoms, which can coexist with each other or be manifested individually, and degrees in severity.  The causes of dyslexia also raise controversy among the researchers. Is it a deficit in phonological processing, a neurological deficit, a genetic condition or even all of them can contribute to the development of dyslexia? We should also take consideration the fact that problems in learning or spelling are not necessarily signs of dyslexia. So the question is: since there seems to be a controversy when it comes to dyslexia itself and since the symptoms and degree of  dyslexia can vary, what impact can the labeling of a person as “dyslexic” have in his/her life?

On one hand knowing the type of learning difficulty could be beneficial for the learner in order for an early intervention program to be implemented. On the other hand, students labeled as having dyslexia may come to believe that they have all the symptoms, be put off by the confusing theories and interventions and therefore traumatize their self esteem and increase the chances of failure academically and socially.

‘Corbett reminds us that ‘unfamiliar sounds take time to hear’(1996,p74)

There is little point in simply changing current terminology because, if there is no corresponding change in  attitudes (Bolt,2005) the new terminology simply becomes attached to outmoded thinking, and the status quo is conserved’ (cited in   Kormos&Smith,2008, p14).