From all over the world, we are hearing about increases in domestic violence reports and cases of abuse – we are even hearing about sharp rises in rape from certain countries.

Let us try and walk through the analysis together, to explore the mechanisms at work.

The past few months countries all over the world combined forces in terms of contagion management, following similar guidelines to limit the transmission of COVID-19 throughout the populations. At the same time both news media and politicians hyperfocused on the virus, driving and enabling the population to hyperfocus and thus develop further anxiety toward the unknown and unseen threat – and toward the people around them, who now were potential carriers of that threat.

Governments decided to apply an isolation protocol of social distancing, a strategy where large parts of society were sent into a quarantine type lockdown at home in family surroundings, being told to keep distance to other people. The result of the strategy was that many families became isolated in their homes away from their network, whether it be other family, friends, colleagues or other supportive networks.

All that whilst being subjected to excessive exposure of monotonous anxiety-inducing content every day in the news – with no positive features to counter our inherent existential fragility and negativity bias (i.e our tendency to hyperfocus on the negative).

To put this into proper perspective, we need to address and keep in mind how families *actually work* in our modern times, as we tend to think about family as a place of unity, mutual understanding, love and connectedness. While the romantization holds true on the surface in terms of how we like to think of it (and as we should), it is in reality a mental representation of something of much less romantic resonance and of much more practical and somewhat segregational realism than we usually contemplate.

The families of Hollywood movies or the nice holiday memories that we enjoy remembering are merely emotional still pictures of something complex and far less ‘connected’. The truth is that, statistically (here, American) parents spend between one and two and a half hour of dedicated time with their children on a daily basis (2).

That is not due to parents not wanting to spend time with their children. It is due to the fact that most adults, due to our specific structural societal organization, live a rather scheduled lifestyle, being ‘on the go’ from the early morning, their children are dropped off at schools or institutions, and they are all gathering once again many hours later, only spending a few hours together before going to bed.

My point with all this beating around the bush is that many are simply not attuned to spending time with eachother, let alone under the premise and circumstance of what the current crisis management protocol demands.

Being isolated with our family during a pending threat to our existence may create maladaptive environments and increased level of conflict as we are not adapted and acclimatized to being an intimate family impacted by both external and internal stressors for prolonged periods of time hence not being well-versed in the level of tolerance and conflict resolution skills necessary. 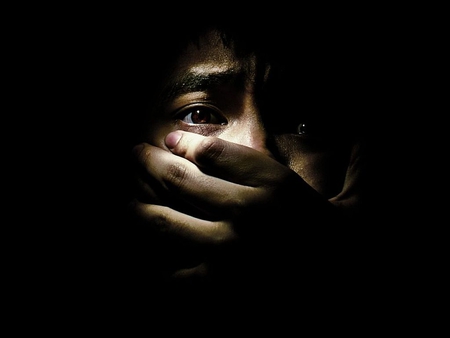 Fear is one of our most primal triggers of irrational behavioral reactions and responses. Fear is a more acute feeling of anxiety driven by specific circumstance (4) whereas anxiety is a more diffuse and future-oriented worry(5).

By now, we can understand how people and families could be impacted by both in very serious ways from the risk of becoming ill with COVID-19, the constant media coverage, the family isolation and the mistrust and loneliness that follows social distancing protocols as well as the economic impacts of the lockdown.

There are many layers to this analysis and one we have yet to mention is situational depression, also known as reactive depression, which may follow as consequence of experiencing major life change, like losing a job, facing financial ruin or having important routines and expectations threathened or changed. All of these challenges to the sense of security, identity and consistency are all contributing to heightened levels of anxiety and fear.

We need the feeling and perception of fear to attain self-sustainable reactions to immediate danger in order to cope with a threat. Feeling fearful can have adverse effects on our reasoning and interfere with our ability to regulate emotions, read non-verbal cues, reflect before acting and act ethically. It adversely impacts our decision-making and can result in impulse reactions.

Chronic fear also negatively impacts our immune system and formation of long-term memory and it can impact hippocampus to a degree that we are able to regulate fear even less (6). It may also lead to PTSD, which makes sense in this context when we take into account the complex trauma – injuries to our ego – we suffer from the media constantly focusing on an unseen threat to our existence.

It would make sense to argue that if we put abuse on a spectrum from the most minor passive aggressive interaction over a messy livingroom to the most horrendous acts of physical abuse, we will as a collective experience more of the combined spectrum of abuse as a consequence of the current circumstance that invokes significantly higher levels of fear and anxiety than we are used to. 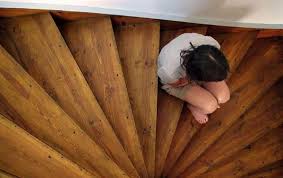 Let us progress our analysis toward understanding the dynamics of the intrafamily constellation in terms of fear, frustration, stress, anger and abuse. The body responds to stress in several different involuntary ways.

Our autonomic sympathic nervous system may activate what commonly is known as the fight of flight response. When it is not possible to fight or flee, the parasympathic nervous system might invoke people-pleasing responses known as freezing or fawning, essentially submitting to the threat. Our body activates the responses as result of acute stress derived from perceived external stimuli of threat or danger and the responses are defense mechanisms in place to aid in protecting us.

These responses are not only activated in situations of real life threatening danger – they may be activated in our everyday lives without us ever knowing that it happened. Common scenarios would be fawning – for example when our spouse comes home from a bad day at work feeling agitated – simply to avoid conflict.

Did you go out of your way to avoid conflict with the angry and unfair lady at the supermarket – that is fawning.

Did you hear a sound at night, causing you to.. freeze?

That is a freeze response to assess level of threat. Getting angry and yelling at someone for pushing you to do something that you do not feel ready for is a fight response.

Have you ever felt extremely tired from facing too many mentally draining tasks, resulting in shutting down with fatigue and napping instead of being productive?

That is our brain allowing itself to replenish brain glucose and the response is called fatigue, another F in our stress management repertoire where a total of six F responses to stress have been observed – fight, flight, freeze, flooding, fawning and fatigue (7).

In relation to our current crisis situation we can imagine how these responses might negatively influence the dynamics within a family. Other psychological elements are at play when addressing in-family dynamics and they might explain in more depth exactly why an isolation protocol of social distancing can be bad news, especially for those families which already are at high risk of domestic abuse.

During times of crisis levels of e.g frustration, stress and anxiety will build up along with a greater inclination toward acting out unconscious needs of venting those emotions to avoid despair and sentiments of resignation as result of the loss of control. In narcissistic families it is observed that the family scapegoat remains the same while the hierarchy stands.

In more balanced families the role of scapegoat changes and guilt is passed on between family members based on situational context more so than standing hierarchy. We tend to release our frustrations on (weaker) members of the family, something that is known as displacement (8).

Displaced frustrations and the need to split off negative emotion and project blame onto others may become highly detrimental to group-wellbeing, creating a suffocating environment as both the individual and the group are facing existential threats from the outside, while isolated from the networks usually serving as a coping strategy and essentially a means to vent and socialize while not being adapted to prolonged family intimacy. 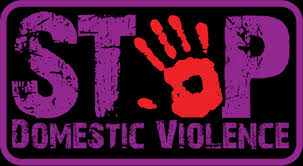 Leaving the environment to take a step back is no easy task, due to the fear of contracting COVID-19, the fear of transmitting it to the family afterwards and the fear of the social pressure and shaming that follows being out and about in a society during a public health crisis, lockdown and isolation.

Leaving abuse situations is a way of retaking control from external elements crossing your boundaries.

When leaving entails placing yourself in another situation with seemingly very few places to turn to, while facing another threat to your well-being and control – an unseen and unknown danger – it may invoke responses such as fawning, as submitting to the danger you know might seem a better option than to face a danger you do not know.

If we look at it from the perspective of the perpetrator, the abuse is a way to regain a feeling of control, an outlet and a way to manage the emotional centers of the brain and arrest the feelings of uncontrollability, frustration and despair, by asserting and reclaiming dominance, superiority and ultimately control.

The surface expression of anger is masking insecurities underneath and allows for other-control when (self-)control is perceived to be an impossibility.

The sensation of the uncertainty and uncontrollability (which by itself amps up stress and anxiety) of the extraordinary phenomenon experienced during the crisis foster irrational impulse reactions to e.g assumptions of illness, where one man scapegoated his wife locking her in the bathroom over fear that she might have COVID-19 from interacting with a Chinese woman (9), examplifying the displacement of fear to reduce anxiety and the alloplastic defense mechanisms at work i.e the need for external control to compensate for the experienced loss of control.

Research shows that the more attention you pay to things outside your control, the more out of control you feel (10) which greatly exacerbates (preexisting) maladaptive intrafamily dynamics in times of extreme and one-sided media focus, global crisis and isolation.

‘Health for the body and tranquility for the mind are the objectives of a life of blessedness’ (Epicurus).