Heaney’s version of Antigone although innovative using the Irish language, tone and the classic English blank verse, remained true to some elements of Greek tragedy such as the chorus.The chorus contributes to a large extent to shaping the heroes’ characters, maintaining a balance between them by commenting, criticizing or advising, proving imagery, historical, political, religious and mythical facts. It also connects the episodes and the themes and the narratives of the play and shifts its tone and atmosphere.

The first contribution of the chorus in parodos introduces the first antithesis leading to irony between the tragic tone of Antigone and Ismene’s dialogue due to their new misfortune and the joyful and victorious exclamations of the elders of Thebes (represented by the chorus). This antithesis, perhaps, serves as a way for the author to balance both sides of the story. For instance, Antigone in the prologue, presents Creon as a person who defies the Gods by refusing to let her burry her brother, “What are Creon’s rights when it comes to me and mine”(Heaney. S, The Burial at Thebes, 2004, p.4), while the chorus praises Creon and the victory he brought to the city. Creon’s elevation by the Chorus is intonated with the repetition of the alliterated “’Glory be to the brightness, to the gleaming sun, shining guardian of our seven gates’ (p.8)” and the frenzy is reinforced with the four beat, Old English metre different that the iambic used in the other dialogues. The imagery of the shining metal that destroys darkness elevates Creon even more as well as the climax. The different metre Heaney chose to use serves as a separation of the role the Chorus has. What is more, the dislike of the people towards Polyneices is evident by the metaphor paralyzing him to a golden eagle, to show the enemy’s aggression towards their city also emphasized by the use of strong and intimidating words “swooping”, “screaming down”(p.8).

However there are some specs of reservation when it comes to Creon that could serve as the chorus casting some doubts to predispose the audience towards the dilemma that will follow. For example the sentences “..but he’s right for the city at this moment.” (p.9) and “Why he has sent for us To be privy to his thinking” gives the impression of an insecure king. The chorus also serves as a link to the Creon’s monologue and provides as with background information essential for the comprehension of the story.

So far the chorus is fully submitted to Creon’s will, however its unwillingness to guard the dead’s body “younger men would be better for that job” (p.11) is a sign that the chorus fears the Gods’ wrath for that sacrilege but they fear Creon more and transmit that fear to the audience.

Another contribution of the chorus is the elevation of Antigone’s character to a heroic one. “Who would choose to be dead? (p.12). Another bitter irony. We already know Antigone’s intentions to disobey the king. This way Antigone becomes a brave woman ready to sacrifice herself for her beliefs.

After the guard’s narrative, chorus addresses the Gods involvement and fears their wrath since they know that what the king has decided contradicts religiousness. “The gods have had a hand in this somewhere” (p.14),”Is this The gods at work?” Perhaps Antigone is not alone anymore. Chorus comments could also be more like an attempt to soothe Creon’s outburst and anger in order to make him understand that he cannot be above the Gods rather than a sign of its religiousness.

Therefore, chorus contribution is to unveil Creon’s moral values and elevate the dramatic tone of the play. Will he still be a righteous king or will he act like a tyrant :obsessed, angry and stubborn?

In the first stasimon, the chorus ode to mankind, written in an “elevated poetic language”(Hardwick,2008, p200) links the episodes before and after Antigone’s arrest. Here the Chorus’ contribution is to insinuate the main theme of the play. Creon represents the power of human civilianization and its accomplishments while Antigone the power of God’s will. The dilemma chorus faces becomes more evident. Although they are loyal to Gods and religious traditions “were born and he bowed down to worship them” (p17), nevertheless, they do not neglect to mention of the importance of obeying the law and be anxious of what will happen to the “child of doom” (p17) who dared to break the law. The ode to mankind also contains a warning to warning for the people who dare to insult the gods-“Then let this wonder of the world remember:” (p17) and adds suspense to the play. The chorus also provides religious information of that era on how the man was created.

In the second episode chorus intervenes by criticizing Antigone’s character, “This wildness in her comes from Oedipus. She gets it from her father. She won’t relent” (p.21), and emphasizing the tragic fate of Antigone’s family once again. Although they blame Antigone for being stubborn they also claim that this fault in her character is inherited and cannot be blamed for it. At the same time  chorus acts as a friend and advisor to Creon warning him that she will not back down. This also intensifies the atmosphere making the audience wonder what will happen next. 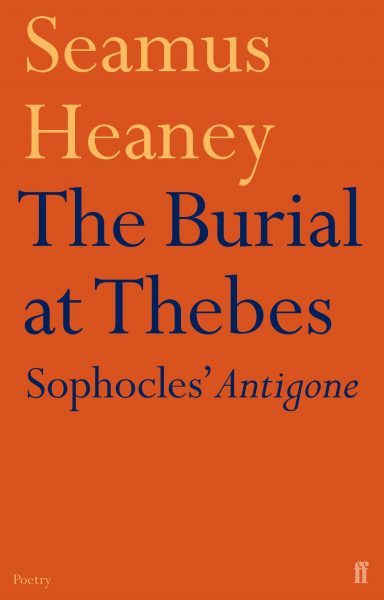 In the second stasimon the tragic fate of Antigone’s family is narrated in a lamenting tone. The repetition of “generation after generation”(p28) and metaphors “like an undulation underwater” (p.28), create a dramatic imagery. The chorus also makes moral comments of didactic value on the themes of ambition and obsession (p200) “mad ambition” (p.29). It also uses a metaphor “..the man obsessed is a cock-of –the-walk in a hurry towards the worst” (p29) to stress how severe  stubbornness can be. The chorus also introduces Haemon and the language shifts from dramatic to political and pragmatic (200) where arguments of both sides are presented. In the dialogue that follows between Creon and his son, chorus acts as a friend to Creon who tries to make him see Haemon’s point of view based on solid arguments. However, chorus remains impartial and neutral saying that both sides are right.

After Heamon’s depart, chorus plays the role of the “moral interrogator”  (Hardwick, 2008, 201) that influences positively Creon’s decision over Ismene’s fate.

In the third stasimon “the Ode to love” the chorus praises love that is so great that can lead people to destruction. Perhaps this ode prepares the audience for what is to follow and how Creon’s decision will affect his son who seems to love Antigone .The lamenting tone becomes intense again but this time chorus feels sorry for Antigone, praises her and mourns for her death and acknowledges her heroic act, “But the law and all it stands for Cannot hold back my tears” (p37).

The fourth stasimon besides linking the episode in Thebes to mythological backgrounds and referring to gods to deliver Antigone from death, it also introduces Tiresias, elevates the power of gods over the law of state (Hardwick, 2008, p201) “no military power nor the power of money.” (p.42). The lamenting tone is also reinforced with the recurrence of the poetic phrase “Whoever has spared the worst is lucky” (p28, 42).

In the stichomythia between the chorus and Creon, the first finally manages to convince the latter to change his mind. The suspense is elevated and a celebratory ode to the gods follows but all collapse with the arrival of more bad news. The chorus in the exodus keeps the same principles of the classic Greek tragedy; therefore its purpose is didactic and full of moral meanings. Heaney, though, as Hardwick (2008,p202) points out “uses speech rhythms, images and religious allusions attuned to the cultural framework of his potential audience/readers”. “Bear with the present;what will be will be.”,wise conduct is the key to happiness”,(p 55)”And in due season teach them to be wise” (p56) are all references to the Bible ,Ecclesiastes 3 . In this way chorus closes the play and brings back the audience to reality, which is not far away from the themes of the play.

To conclude, the role of the chorus is of crucial importance to the themes the play wants to convey. Heaney’s version of the chorus tried to stay close to the original text by Sophocles, using it to link narratives and highlight the themes as well as adding a poetic or dramatic tone to the play. Chorus was sympathetic towards both Antigone and Creon and they were both perceived as tragic victims of their stubbornness and obsession. They both paid the price and lost everything.