Grief has a melancholy that creates a humanitarian depth where art and genius achievements are a way of survival. Grief and fear bring an existential awareness in a human for merely being part of existence and knowing its lacks. The helplessness for the abstraction of the mind and gradual weakening of the body can be overwhelming for the most confident ‘Larger than life’ person. Just think about death for a moment, what value would life have if it never ended.

How would we know happiness if we do not know sorrow? There must be a canon, a measuring point, to understand the human duality. Then we can begin to value life and the positive emotions once they occur.

When we research for great minds in history, we see that most came from struggling environments. It takes exceptional strength to accept to live with grief without letting it transform into the extremity of depression. The Russian realist writer and existentialist philosopher Fyodor Dostoyevsky famously wrote,

What is hell? I maintain that it is the suffering of being unable to love

Dostoyevsky realized early on the gift of being able to seek the opposite of grief, happiness, by embracing the responsibility of protecting humanity from the evilness of lost hope. He thought, when humans are without purpose, they will wander into instant pleasures and shallow interactions for short-lived remedies. There is no foresight and only weakness urged by the need for constant well-being despite this being a fragile motive for living. Some philosophers would advocate for the opposite.

David Hume, an influential Scottish philosopher from the 18th century, concluded a human is nothing but a bundle of perceptions. In this utilitarian existence, maximizing pleasure and lowering pain would be a good and humble way of living. His empiricist and charming writings reduced the human to a cosmic accident, but not all thinkers agreed with this notion. Dostoyevsky emphasized spirituality, and how fear and grief are a humanitarian mystery that will open the door to universal empathy and visions. How being sorrowful will make the best of a human.

As a mental illustration, imagine a landscape of mountains and how a new mountain is forged by the Earth’s tectonic plates demolishing each other under the surface no human eye can see. Yet, eventually, this war breaks through the Earth’s crust, and the mountain becomes a silent monument echoing sounds not belonging to it. It is the same with grief, mostly it is quiet, and we see this with some people with severe depression who keep their suffering hidden behind a bubbly personality.

The reason could be empathetic and not wishing to burden anyone for they understand the heaviness of pain. There could also be many more reasons to not wanting to share grief and fear, perhaps the feeling of loneliness and  having the illusion that no one would understand and be able to help. It is worth noticing that sharing positive emotions is more comfortable than sharing negative emotions for many.

In the story of the birth of the mountain and a human understanding its depth, the virtue of patience is crucial for when giving this process enough time to understand the feelings; we will appreciate its magnificence. A mountain is hard to climb; still, the top of it has a heroic charm and closest to the sky. Despite these realizations, the mountain and the human will remain restrained and never free from its painful birth. Realism reveals the painful truths of the moment.

Therefore sorrowful leaders are the best to lead according to Dostoyevsky. Knowledge and intellect are never sufficient, and just the pre-steps to wisdom which is in its core the deep reflection of our experiences. Most of us do wrong, whether intentional or unintentionally, but we do it so we can learn.

When facing misfortune bravely and integrating its pain in the personality, it will shape every word to heavy-weighted fists filled with explosive impacts. Martin Luther King Jr. is remembered for his visionary and moving speeches that touched many hearts because he felt his existence first and the pain of it. Tears are the real sign of sorrow, but unfortunately, some learned to manipulate emotion and use it as a weapon for existential escapism and selfish gain. However, no one can escape forever. 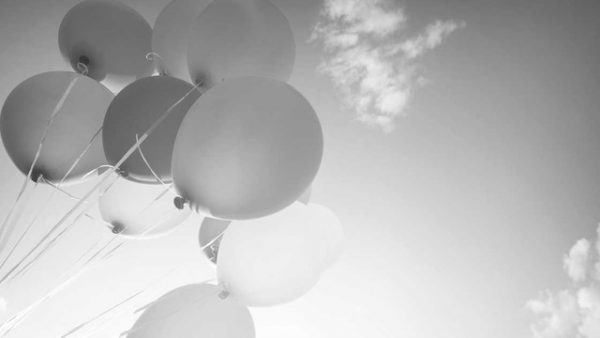 Intellectual environments can be extremely beneficial when wanting to stimulate cognition to evolve. On the other hand, at times, we fall into the trap of Faust by over-complicating and over-analyzing matters, thinking we know it all through science. The ambition for knowledge and information, motivated by greed to control and lead humanity is unsympathetic. It is plausible what the hunger of knowing is, and when observing, fear is exposed. It can be fear of uncertainty, so many learn to predict with objective tools like numbers and graphs.

It is fairly recent, that the dream of a predictable reality, the Newtonian clockwork, was destroyed with the Chaos theory for it was scientifically proven how the same components could produce different result.  It can also be a fear of being neglected emotionally, so many detach their emotion to not feel abandoned and always be in control.

This fear is not only on the interpersonal level, although personal relations are the foundation of perception since early childhood. This fear can also be when a person who values pragmatic ideas is challenged logically. Like two siblings arguing about a red ball, and one is screaming, it is red, and the other sibling is screaming, it is a ball. Behind the high walls of idealism lingers fear in its struggle of calming the nervous system down while the sensory perception pushes reality onto it. This idealistic psychological notion magnifies scepticism and soon, the higher perspective is gone. The philosopher Jean-Paul Sartre embodied this idea by stating,

That God does not exist, I cannot deny, That my whole being cries out for God I cannot forget

The gap empirical doctrines cannot fulfil yet arrogantly refuting anything that is not logical. Logical means in this context, using the rational method of observation, experimenting, evaluation and repeating. This opens the door for repetition and synthetics relations. Even when trying to break these walls that keep us stuck by experimenting, we experiment to validate what we already know or want to know.

It is rare humans change themselves or their deep motivations so much they become someone else, perhaps better versions of the same to reach their highest self of wisdom and virtue. Here it is important to point out how we all are on a path of self-knowledge but in different cycles. For every phase we go through we ask questions to attain more experience.

For example, what happens when transforming grief into joyful delight and fear into daring faith? This surreal question is confronting laws of logic and perhaps attacking the safety of humanity by questioning ethics. Reason says that being joyful of pain and trusting blindly without material evidence is pure madness and the definition of a mentally unstable human. It is not a surprising accusation of people of such. Whether Sufis, surrealists, anyone innovative or stubborn enough to do what they think they want. The French surrealist poet Louis Aragon wrote,

O reason, reason, abstract phantom of the waking state, I had already expelled you from my dreams, now I have reached a point where those dreams are about to become fused with apparent realities: now there is only room here for myself

And just like that, we are back to where it all began: Grief and fear for Aragon sought uncertainty finding only himself. It is interesting to discover the limitation of being authentic. Universal principles that were supposed to set us free but trapped us into clones of each other without many noticing it. These principles could be the notion of personal freedom and individuality. We still measure reason from logical calculi and axiomatic probability, so how free and different are we is an interesting debate for people reason from the ‘same source’.

Despite the rebelling against any external control that could cost us individuality, modern functionalist communities have tried to balance practicality for high functioning with belief systems that could illuminate any doubt with certainty. This experiment resulted in many feeling isolated and emotional deprived, for their human worth is in what they could produce and not for what they are. We became objects, producers that had to put on a specified mask to contain the static world.

To colour this idea, let us go back to our mountain analogy. Imagine that some would admire the mountain for being what it is, and some would respect what wealth the mountain has so it can be dug out and spent. Intuitively, some rebelled externally and thought any external attention would be fulfilling and feel prosperous. In essence, these narcissistic traits deny the need to contact the depth of grief and fear of what our societies have become.

Humans are very good at deceiving themselves not to face the truth for that would be hurtful and devastating. It is evident with the expansion in demand for psychological therapy and the explosion of the medical industry how urgent the focus on this is. Instead of feeling the essence of humanity by just being and accepting the negative emotions, we take the easy route, which is mechanical patterns of shallow harmony and call that free thought and conscious feeling.

The “Tragedy of the Commoners”